Our dedicated team of faculty are widely recognised as skilled educators, ground-breaking researchers and accomplished authors. Through publishing, consulting and teaching they leverage their business expertise and field-based research to deliver programmes, encourage participants to develop new ways of thinking, widen their perspectives and to understand their own challenges and capabilities.

The faculty present topics in a range of engaging methods such as ‘action learning’ projects, case studies, role plays, individual assessment and one-on- one coaching, so as to deliver a unique and lasting learning experience.

Aidan is President of AgriTech Capital, a resource for new and established companies working at the interface of agriculture and technology. Prior to this Aidan was CEO at Cainthus and CIO at Alltech among other senior roles in a 25 year plus career at that company. He is also a non-executive director at Origin Enterprises, the leading crop inputs company in Northern Europe.

In his chief innovation officer and vice president of corporate accounts role at Alltech, Aidan was responsible for the commercialisation of Alltech’s global research in addition to the company’s corporate account strategy, his expertise is in branding, agriculture and international marketing. Connolly was a member of Alltech for more than 25 years, initially in Ireland and afterward in France, Brazil and the United States. From 2002 to 2008, he held the position of vice president of Europe for Alltech.

His current company, AgriTech Capital, has aided governments, fortune 500 food companies and large agri-businesses on their AgTech strategy.  Aidan adds the innovative thinking and capital investment needed to go from possibility to reality.  He has a strategic understanding of the marketplace and the regulatory parameters that set the environment.

Aidan has worked in over 100 countries and speaks five languages.  He has worked in political associations, with state and national governments in the US, China, Europe and Brazil, international organisations such as the European Union and the United Nations.

Gearoid is accustomed to asking the challenging and often unpopular questions that draw business leaders and teams out of their comfort zones. He continually prompts them to reassess the situation, which leads them to new found clarity from within. In today’s fast-paced world, managers rarely have time to look at the big picture, tweak it for the best results and move towards a more efficient way of working.

Gearóid has earned his business colours over more than 35 years. He has worked with many global organisation and executive management teams to help them rethink their strategies and develop resilient, energetic businesses. He has helped clients succeed in Ireland, the UK, the US, Poland, Holland, Bahrain, Jordan and Hong Kong.

Dr Andrew Keating is an Associate Professor in marketing at the UCD Smurfit School of Business. Andrew earned his PhD in 2008 from UCD and also holds an MBS in Marketing, a DBS in Business, and a BA. His research interests at present are in the areas of the intersection between entrepreneurship (venture creation and development) and marketing, the internationalisation of new ventures, as well as exploring consumers and austerity. His research has appeared in leading academic journals such as Entrepreneurship Theory and Practice (FT 50 Journal), Industrial Marketing Management, Consumption Markets and Culture, and the Journal of Consumer Behaviour. He is the academic director for the UCD CEMS MSc in International Management and lectures in the area of consumer marketing and marketing and innovation. Andrew has also been involved in delivering executive education across many of the school’s executive education programmes including for the likes of Alltech, Enterprise Ireland, Google, InterTrade Ireland, and Bord Bia. 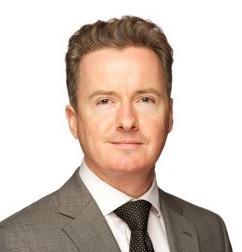 Stephen Boyle is a negotiation trainer, lecturer and consultant. He teaches at UCD Michael Smurfit Graduate Business School, where he delivers courses in negotiation, influence and decision making on executive development, MBA, and other postgraduate degree programmes. Stephen also designs and delivers customised executive development for corporate clients and has delivered workshops in Europe, Asia and the United States in sectors as diverse as automotive, construction, financial services, food and agribusiness, government, healthcare, law enforcement, pharmaceuticals, retail and technology. Prior to embarking on an independent training and consulting career 19 years ago, Stephen held roles in management consulting, and in communication and change management at a Fortune 500 company. 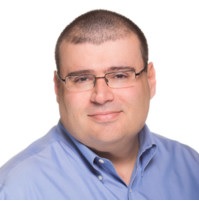 Alessandro has been an Operational Excellence leader in the services and tech industry for over 20 years, leading business transformation programs, particularly in the areas of Process Improvement, Customer Experience and Product Operations.

Currently a Global Operations Leader at Microsoft, where he is responsible for the Billing processes within the Microsoft Business Operation, he previously spent 10 years at Google, in a variety of roles from Google Advertising Operations to Ads Customer Solution and finally Google Cloud, where he was Director of Business Development. He also previously held leadership roles in KBC Bank and Hertz Corporation.

Alessandro earned a bachelor degree in Statistic from University of Rome “La Sapienza”, the Executive MBA in the UCD Michael Smurfit Graduate Business School, and a PhD in Engineering Management at University of Strathclyde, Glasgow.

He has published in a number of peer reviewed internationally recognised journals on the topics of Leadership and Operational Excellence and has previously lectured at the DCU Business School and Royal College of Surgeons in Ireland on the topic of Operations Management.

Alessandro also serves on the Quality Management Standards Committee of the National Standards Authority of Ireland.

Pamela holds a MSc. in Executive Coaching and an Advanced Diploma in Organisationsal and Coaching Supervision from Hult Ashridge and two Postgraduate Diplomas in Coaching from the UCD Smurfit School. Pamela is accredited as a coach and coach supervisor by Ashridge Hult and the EMCC. Pamela is a relational coach and her training is grounded in Gestalt. As part of her CPD she has completed Gestalt training in the Dublin Gestalt Centre and in the Gestalt International Study Centre in Cape Cod. Her role as coach is to provide a supportive presence for clients to safely explore how they are in life at present and what changes they might want to make. She is a thinking partner for clients and a witness to their change. As a coach tutor Pamela brings herself fully to her work and has been described as “the coach’s coach” due to her collaborative professional approach.