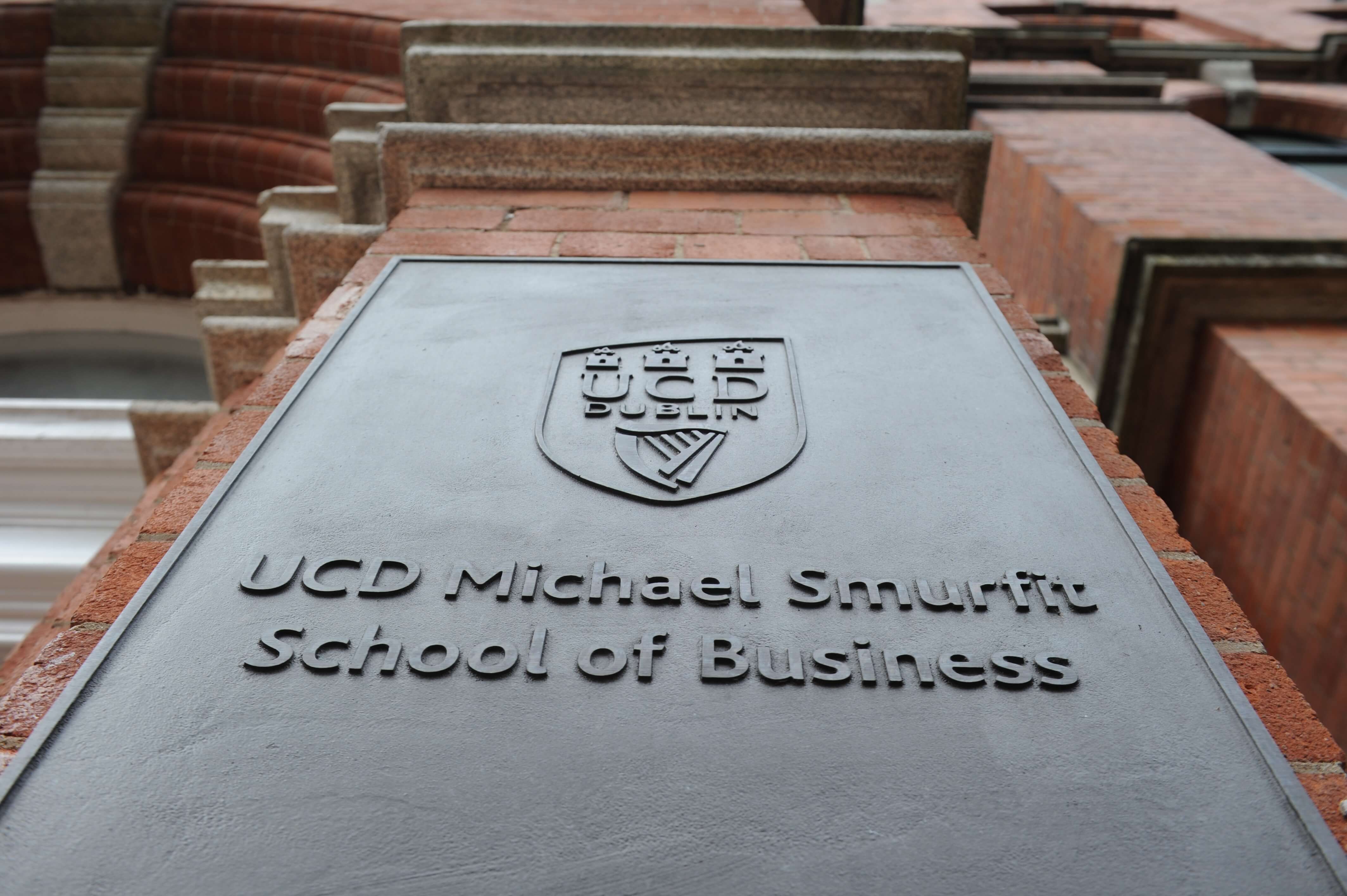 PhD Thesis Title: The Influence of Shifting Geopolitics, Power Relations and Informal Institutions on the Management of Employment Relations Practices in Multinational Companies in a Developing Economy: The Case of Cameroon`s Oil Industry

Purpose – The aim of this thesis is to examine the variations in human resource and industrial relations (HR/IR) policies and practices in the oil industry in a developing country. The investigation sought to gain insights into the various ways in which oil multinational corporations (MNCs) of different national origins manage their employment practices in a Sub-Sahara African (SSA) context, consisting of predominantly informal institutions. The goal is also to understand and provide an explanation of why and how the societal, political, economic and institutional features of an African country shape the rejection, diffusion, adaptation, and adoption of HR/IR practices within foreign-owned oil multi-nationals’ subsidiaries.

Design / Methodology / Approach - This research investigated human resource management (HRM) policies and practices (particularly recruitment and selection, payment systems and industrial relations) of oil companies in Cameroon through a case study method. Four oil companies, three foreign-owned and one local firm were examined. The case context was selected to reveal the dynamics involved in managing workforces by MNCs of different nationalities in a developing African country. Choosing the research setting proceeded in this order; the country, followed by the sector, and then the firms.

Firstly, Cameroon was selected above all by the requirements that it is a good example of a larger set of developing countries that are relatively inferior in terms of economic success and is a characteristic country with significant informal institutions. Also, there is a marked weakness in the country’s national business system thereby ensuring that it places limited constraining structures, processes and power at the micro- and macro- levels to the diffusion of MNCs’ IR/HR practices.

Secondly, the oil sector was chosen as an industry in which there is a variety of MNCs of different national origin. This permits an analysis of particular nationality effects.  It is also a sector that is characterized by intense international competition, is often the focal point for defining best practices and the place where global standards of management practice are set (Smith et al. 2008). Further, it is an industry that plays an important role in the national economy of Cameroon; for example, in generating employment and contributing massively to its GDP.

Thirdly, the choice of the firms (an American, a French, and a Chinese MNC) for the study was governed above all by the requirement that they each represent a distinctly different mature national business system (NBS). These firms are also the three biggest investors in the oil sector in Cameroon, in terms of capital and assets. A local firm that is not a MNC, thereby shielding it from foreign influence and being more able to capture Cameroonian effects, was also selected to provide another (Cameroonian practices) point of comparison. The specific Cameroonian IR/HR policies and practices of the local firm were compared with those of the three foreign-owned MNCs. The closer the three MNCs come to mirroring the IR/HR policies and practices of the local firm, the more they are seen to be influenced by the Cameroonian socio-politico-economic traits. The study focused on the upstream (exploration and production (E&P)) segment of the oil industry in Cameroon.

A qualitative instrument was used to collect the data involving semi-structured interviews and focus groups discussions, supplemented by documentary evidence. All interviews’ and focus groups’ tape recordings were transcribed and corroborated with secondary sources. The collected data was analysed through explanation building techniques of Glasser and Strauss (1967), Bhaskar (2008), Yin (2009) and Edwards et al. (2014) of discovering, identifying and uncovering the IR/HR influences, mechanisms and structures in the case oil companies.

Findings – This research reveals that foreign-owned oil MNCs in Cameroon were inclined to import their own IR/HR practices. However, they were adapted to align with the socio-cultural and politico-economic values in Cameroon. In so doing, oil MNCs adopted, to a large extent, indigenous IR/HRM practices. The evidence points to the shifting geopolitical landscape playing a key role in empowering and disempowering different employment relationship actors in Cameroon. Local actors gained power resources from the shifting geopolitical landscape, personal relationships and political networks to pursue their interests. At the national level, the Cameroonian government was empowered by the shifting geopolitical dynamics to influence the IR/HR practices of the oil firms. At the sectoral level, the malleable informal institutional (personal relationships, political networks and corruption) context in Cameroon bestowed local actors with power resources to resist and modify the influences coming from MNCs’ home country. At the organisational level, local workers were able to derive considerable power resources through their ability to deal with the ambiguous Cameroonian institutional environment and, in turn, to mobilise that expertise in achieving their interests.

In advance of undertaking this study, it was expected that power would reside with the incoming MNCs. As they are big major industrial players that bring employment opportunities and sectoral expertise, they would be able to introduce their preferred practices. This notwithstanding, it was thought that Cameroon’s local institutions (formal and informal) might influence – if only in part – the transfer and management of IR/HR practices in Cameroon. However, contrary to our prior expectations, the findings show that the influences inherent in the host operating context were relatively stronger than those coming from the MNCs home countries’ national business systems and hegemonic economies. To reiterate, the shifting geopolitical landscape and the ensuing political dynamics which flowed from it empowered the government and local actors to shape employment and HR practices to suit local preferences. These were the key influences, acting interdependently and reinforcing each other in shaping the HRM practices of the foreign-owned oil MNCs. Finally, this study demonstrates how the operating context in which an MNC is established and functions is a fluid space. It is a complex and emergent terrain whereupon the political interests and power resources of the key power holders inside and outside the MNC are continually being redrawn and enhanced and diminished. The key influences were able to shape IR/HR practices in the oil MNCs in a more subtle way than anticipated a priori, and were significantly more important in explaining the outcomes.

Originality / Value - The original contribution of this study is its examination of how conventional parent country (formal) institutions interact with host country informal institutions, to shape employment policies and practices of MNCs. There is a tendency in the international literature to view context as a constant. Context is not just fixed. The shifting geopolitical landscape, the personal relationships and political networks in Cameroon empowered local actors to modify and/or block structural influences on HRM in MNCs’ subsidiaries that may have been coming from developed NBSs. So, it was the key role of shifting geopolitical dynamics, power relations and informal institutions (in enacting, activating and reinforcing formal institutions) that influenced HRM at organisational level in the MNCs’ subsidiaries rather than the different home countries’ formal nation business systems and/or best practices. Therefore, the shifting geopolitical landscape which also affects the structure (size, employment, ownership and investment) of an industry is an important factor in understanding the management of IR/HR policies and practices.

Implications – This study sheds more light on the linkage between the macro- and micro-political effects that influence managerial practices in MNCs. The theoretical findings that emanate from this research can be used by other researchers to both contextualise and conceptualise research projects in other developing economies. That is, other researchers can use the findings of this investigation as a theoretical starting point and guide to their work. Practically, the findings should help practitioners who might want to appraise the nature of their HRM policies and practices in developing countries and those wishing to establish business entities in Africa as ‘the new scramble for Africa’ gathers momentum. As more ‘resource-seeking’ MNCs from Europe, USA, and China move to Africa, they need to be adequately informed of the operating context which is significantly different from theirs.

Boundaries of the Research – This is a study of one industry in one country in Sub Sahara Africa. Breadth was obviously sacrificed, in part at least, for depth. That said, however, it needs to be borne in mind that the oil industry is of key strategic significance for the Cameroon government, as it is likely to be for other countries in Africa. It is a moot point whether the same host country influences would be evident in other industries of less strategic significance. Conceivably, it is far more likely that MNCs' parent country influences would be more evident in such sectors. In pointing to the boundaries of the current study we are alerted to possible directions for future research in enquiring whether the broader similar processes might be at work in other developing economies such as the other 53 countries in Africa, the former Soviet Union, some Asian and Eastern European countries. Also, further research using both quantitative and qualitative instruments should be able to confirm or refute these findings.