Brexit clouds have a silver lining for Ireland 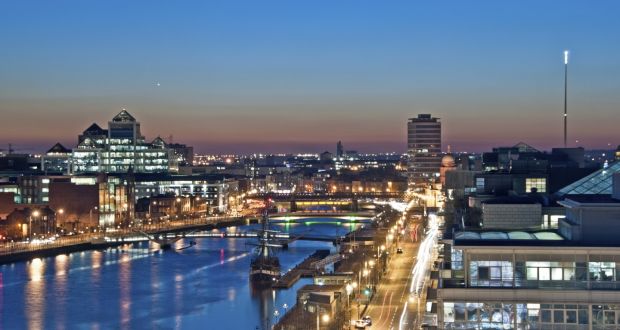 What’s that about clouds and silver linings? Brexit may appear to be the perfect storm, but a recent report compiled by think tank New Financial declared Dublin is in “a league of its own” when it comes to attracting business from the departing UK. More than 100 firms have already chosen the Irish capital as their perfect post-Brexit location, accounting for 30 per cent of all Brexit-related moves.

Indeed, the long goodbye means there has been ample time to prepare. Have the last three years given us an opportunity to reflect on how Ireland is perceived and determine how we can best capitalise on Brexit?

Yes and yes, says Brian Daly, partner and head of Brexit at KPMG in Ireland. The IDA and many other organisations who are involved in supporting the promotion of Ireland internationally have always performed very strongly in promoting and communicating the attractions that Ireland has to offer, he notes, “but this focus has certainly sharpened with the unique opportunities presented by Brexit.

“While the messaging remains the same – Ireland provides stability for the wide range of businesses investing here, a pro-business environment in terms of tax and legal frameworks and a skilled workforce – we are competing more visibly for mobile investment on the world stage, offering solutions to businesses impacted by Brexit rather than trying to capitalise on it,” he says.

Ireland is already known as an internationally recognised home for companies involved in the provision of international financial services, adds Daly.

“This reputation, and the Government’s commitment to the sector – as evidenced through its strategy to promote and develop the sector – have contributed to our relative success in attracting financial services firms looking to retain EU passporting rights.”

Gerard Brady, Ibec’s head of tax and fiscal policy, agrees but is more cautious. “Brexit is a significant net negative for the Irish economy, but there may be some upside for Dublin in particular, even though the total number of jobs involved is relatively small,” he says.

“The UK, at least for the time being, is likely to be less attractive to foreign direct investment and for financial services after they leave the EU. Although most UK-based companies are yet to activate their plans, we have already seen some benefits from this.”

Brady acknowledges the “great amount of uncertainty” in the global tax and trading environment. “When competing with other locations, Ireland’s record of stability and consistency has advantages, but the competition for investment is fierce. Our attractiveness as a business hub cannot remain static while all else around it changes.”1

Prof Eamonn Walsh, PwC professor of accounting at UCD, and former dean of the Smurfit School of Business, is of the opinion that Brexit has been “a tremendous catalyst” for organisations.

“Certainly in the area of food. Go back to the 1960s, we exported bulk commodity-type agricultural products to the UK, and we have been doing that ever since. What Brexit has done has got people to stop and think if this is a smart thing to do.”

Walsh believes there is “quiet confidence” among many of the business people he speaks to that they can survive, and indeed thrive, post-Brexit.

“What the past three years have done for us is to get people thinking about that, seek out new markets, and also move up the value chain in terms of the product that we are producing. I have spoken to agricultural groups and farmers and everyone agrees we should not be in the business of producing ultra-processed cheese and undifferentiated beef – we should produce quality cheese that people in Denmark or Germany or Poland will want to eat.

“This will give us a much more sustainable domestic industry going forward, and the last three years have been a great catalyst for forcing us to think about doing that.”

Discourse on Brexit has been unfalteringly negative, to put it mildly. Walsh believes much of it has been “alarmist”.

“We have ignored the capacity of individuals to respond and adapt to changed circumstances – that has been missing in the public discussion. The inefficient producers reluctant to change what they are doing are the ones who will suffer.”

According to Walsh, our biggest asset is our command of the English language.

“Brexit means drastically reducing the number of native English speakers from about 15 per cent of the EU population to about one per cent. In Ireland, we have very few natural resources other than people, so to get rid of an alternative source of English speakers within the European Union is good news for us,” he states unequivocally.

“Suddenly that skill becomes much more valuable within the EU overnight – you have gone from 65 million people who can speak English to just five million.”

This could potentially have a major impact on our provision of business services, but also education and diplomacy, he explains.

“Consider areas such as consulting, law, anything that requires great language skills, as well as those working in financial services – they will all benefit.”

Walsh acknowledges the “huge market” within the EU for people who want to study the English language for one or more semesters.

“Now Ireland is going to be the go-to destination, and, unlike business services, education is something that can happen in many of the larger cities in the country, so it’s not a Dublin phenomenon. We have great universities in Cork and Galway who could take an influx of people for a year or so, and the money that could go into those local economies would be splendid.”

Our ability to speak English and understand the nuances of the language will also be a massive boon as the EU continues to shape policies for member states, adds Walsh.

“Suddenly Irish representatives are going to be key players in almost all discussions that take place – this is an incredible coup.”

Original article by Danielle Barron in The Irish Times.