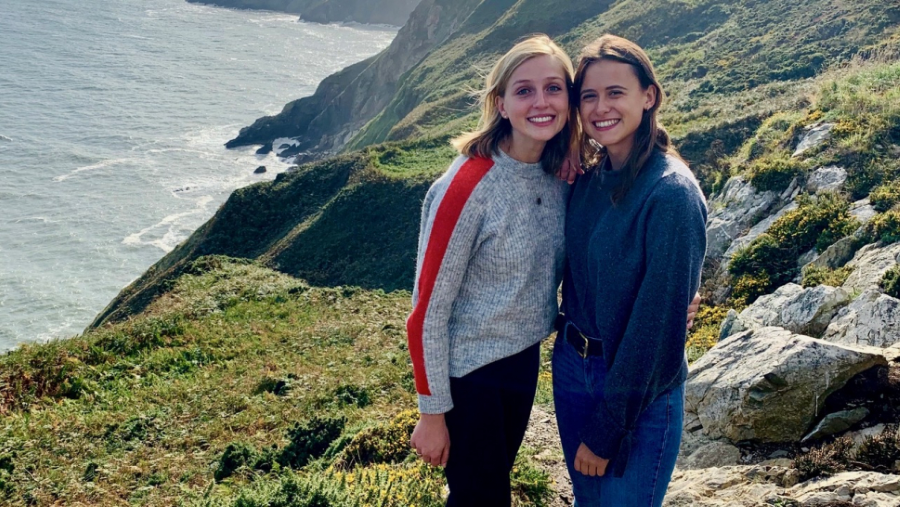 Less than one per cent of early-stage capital goes to start-ups founded by women and only thirteen per cent to mixed-gender teams. As part of their CEMS MIM & MSc in International Management at UCD Michael Smurfit Graduate Business School, Tessa Van der Geer and Lee Weisgerber co-wrote their Master Thesis on “The gender investment gap in early-stage funding”.

The start-up industry being an innovative and attractive environment, young people would expect a progressive picture. However, the numbers outlined above clearly show a different story and justly lead to the question: Why is it that Venture Capital (VC) seems to be one of the last frontiers of equality?

Interviews with 24 leading industry experts, from Business Angels & VC investors to academic scholars and accelerator program directors, revealed several factors at the origin of the gender investment gap and identified measures which could contribute to closing it.

Tessa's story below combines her and Lee’s main research findings with the practical experiences that Tessa gained while working as an analyst at Peak Capital, a renown Dutch VC firm.

The year is 2020. The US elected its first female Vice President. Female students outnumber and often outperform male students in universities. In the past 100 years, women discovered nuclear fission and radiation, sent astronauts to the moon, and invented from central heating and the circular saw to the electric refrigerator...

...And yet... the Venture Capital scene continues to be occupied mainly by men.

The existence of the gender investment gap in early-stage funding is not new, especially not in the Netherlands. Even the Dutch Prince, Constantijn van Oranje-Nassau, is an outspoken critic of gender inequality in the entrepreneurial ecosystem. According to recent research by Pitchbook and Techleap, only 13% of all Venture Capital is invested in mixed-gender teams and less than 1% in female founder teams. That means that 87% of all capital invested flows to fully male teams... And to make matters worse, Pitchbook reports that the percentage of funding for female entrepreneurs dropped to a three-year low because of COVID-19. "In a crisis, we tend to go back and hold on to what is familiar."

My MSc. thesis inspired me to join the VC scene myself. Aspiring to be an ambassador for diversity myself and up the female percentage of investors. But one big question remains: Why is it that VC seems to be one of the last frontiers of emancipation?

1. Differences in the Entrepreneurial Personality

First, we need to understand whether the female founder is perhaps an altogether different species from the male founder. Are women perhaps not wired to be founders? A scientific study compared 16 different character traits. The conclusion was that male and female entrepreneurs hold many similar character traits. In fact, female entrepreneurs share many more character similarities with their male counterparts than with the broader female population. The only significant difference in personality between male and female founders is the degree of risk-aversion. (Comparison of Male and Female Entrepreneurs)

Many investors attest to the difference in risk aversion both in content (the ask) and in the presentation of the pitch. According to some, men tend to present bolder forecasts with more confidence - whereas women tend to present conservative (perhaps more realistic) forecasts in a more modest manner. This also translates into fundraising expectations. Women tend to ask for less capital (perhaps feeling they should/cannot raise more) than men (aiming for maximization). As one interviewee rightly stated: "conservative projections lead to conservative investments."

Early on, children are confronted with gender stereotypes and female underrepresentation that shape their perspective of gender-related behavior and roles. A female VC investor shared an anecdote:

"You set a frame of expectations for what you can be in life... And you see that kids that grow up in San Francisco, they believe they can be Mark Zuckerberg and therefore they are more likely to be ... So, if you don't believe you can achieve a certain goal, like being a founder, because you have never been able to picture that yourself or you have never seen an image of yourself, a role-model, then you're very unlikely to achieve that."

The phenomenon can be described as follows: "If you cannot see it, you cannot be it". The role-model effect is already visible in countries with high levels of female participation in political power, which leads to a higher number of women in leadership-roles across society (How to close gender gap).

Research by Fundright, 2020 shows that 87% of NL-based VC firms have 0 women investors, and only 6% of the total decision-making roles are represented by women. As human beings, we are constantly subject to biases. 350 years B.C. Aristotle already acknowledged that it is human nature to feel closer to people that are similar to oneself. This is what psychologists now understand as the Affinity bias. The ingroup-bias describes that humans tend to favorably treat others of shared identity. As the investor's scene is still dominated by male investors, capital flows more easily to male entrepreneurs.

Another relevant bias here is the confirmation bias. Investors (men and women alike) unconsciously hold the belief that men are more successful entrepreneurs and tend to only accept or notice information that is consistent with this prior belief.

4. Differences in Promotion- and Prevention-focused Questioning

Research shows that questions directed to male founders focus on potential gain whereas questions directed to female founders focus more on potential losses. It has been proven that founders that get asked promotional questions after a pitch raise on average 7 times more capital... (Harvard Business Review). The most common explanation by our interviewees, for why investors ask different questions, is the more risk-averse pitching of female founders, which supposedly triggers prevention focussed questions. This relates back to #1 that describes differences in personality. It is important to be aware of the framing of questions for the investor as well as for the entrepreneur. A tip to all entrepreneurs; reframing a prevention focussed question by giving a promotion focussed answer is key.

5. Shortage of Female Founded Ventures in the VC Pipeline

Not all business ideas fit the VC business model. Venture Capitalists typically invest in tech businesses (e.g. SaaS models) which can scale exponentially to get to the promised return for investors (Understanding the VC business model). Unfortunately, tech is a sector with female underrepresentation in general. This starts already in university. In the Netherlands for example less than 40% of students in tech are women. Later in the job market, we see only 25% of the total tech workforce and 10% of the leadership roles are fulfilled by women as published by McKinsey & Company, 2018  and CIO, 2020.

6. Education and Language Framing our Reality

Gender stereotypes are deeply rooted in our education and language. How many of us grew up with children's books where 'mom waves at dad as he goes to work’. What gender do you automatically picture when you think of a pilot? How about a nurse? or a CEO?  Stereotypical beliefs emerge from repeated confrontation. Literature and media are lagging to present the female success and empowerment of today’s world- and create a self-fulling prophecy. Getting back to #2, How will girls imagine that they too can be a technician, a firewoman, or a CEO if they see no examples in schoolbooks or popular media?

This is not only the sad truth in primary education... Thinking back on all case studies (at least 20) we have discussed during my graduate studies (2019-2020) I can only recall Irene Roosevelt (Mondelez) as a female lead-personality. Research by HRB themselves and the Financial Times indeed found that only 9% of Harvard Business Review case-studies describe a female protagonist in a leadership position. Even in executive courses one of our interviewees indicated that in a recent course on supervisory board membership 100% of the case protagonist were male and 100% of the CEO examples were men founders. It is 2020... Harvard, please let this be a wake-up call.

7. Stereotypes of Women's Role in Society

Many interviewees mentioned that the societal view of the roles of men and women is increasingly progressive. However, some also mentioned that investors - at the decision-making level - typically are from earlier generations who may hold more traditional beliefs of male versus female roles in society. A male angel investor explains:

"I noticed in practice that there are many investors above 50 and 60 which lived in a different era where the position of women was different."

Some interviewees mentioned that such traditional investors may hold stereotypical beliefs on family planning when assessing risk around future career choices of founders. They assume women to be more likely to choose building a family over running a business at some point.

Research by FT indicates that 65% of female investment managers have experienced sexism at work. This anomaly impacts the formality of gender-mixed investor-founder relationships. Sexism impacts the scene in twofold: it discourages females to enter the sector and will hinder their fundraising ambition. A male expert expressed that he actively protects female founders by explicitly setting the rules and creating a dialogue before investor-founder meetings:

"So, we have weekly meetups between investors and start-ups. And we make it very explicit that we don't do these meetups so that investors can get a date with a female founder but so they can invest in start-ups."

Now that we know the reasons why the gender investment gap exists, we will see later on how to overcome this gap.

This article was originally published on CEMS website on March 8. 2021.